The evolution of seasonal forecasting

Seasonal forecasting originated in the early 1990s. Initially, operational forecasts were entirely based on empirical/statistical models (typically lagged linear regression methods) which allowed to predict mean seasonal changes based on SST anomalies, several months in advance. However, during the end of the 1990s, atmosphere-ocean coupled models, and later Global Circulation Models (GCMs) including other climate components such as the soil and the oceanic-ice, started to be used for operational seasonal forecasting.

Nowadays, both empirical/statistical and dynamical approaches are used and are often combined to produce seasonal forecasts which are essential to support efficient decision-making in agriculture, food security, energy, water resources, transport, tourism, health and many other socio-economic sectors, which helps to better cope with climate-related risks. 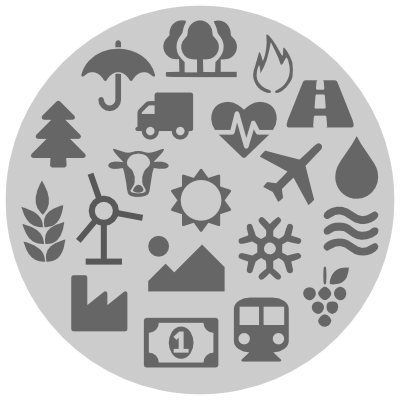 Get ready for the new era of climate services.
From weather forecast to climate prediction.

Providing operational long-range forecasts (from one month up to two years ahead) on a global scale requires huge amounts of computer resources along with a very specialized knowledge. For this reason, there are only a few centres around the world that are producing these forecasts, the WMO-designated Global Producing Centres for Long Range Forecasts (GPCs).

In addition to the twelve designated GPCs, other major centres providing global seasonal forecasts are the International Research Institute for Climate and Society (IRI) and the Asia-Pacific Economic Cooperation (APEC) Climate Center (APCC).

Nowadays, there is little evidence about the use of seasonal forecasts for operational applications [1], which is often ascribed to the users' difficulty in integrating the predictions into existing decision support systems —to be useful, climate information must be tailored to meet the needs of users:

The challenges for moving toward a more objective use of seasonal climate forecasts to help support decision making involve more efficient interaction among climate scientists, system scientists and decision makers, with the end user driving the skill assessment of the entire end-to-end forecasting system through real world forecast applications.

To bridge the gap between scientists and policy makers and stakeholders, climate services intend to improve the visualisation of the predictions, their public dissemination and the existing information on the regions, variables and times of the year where positive skill can be expected.

The international community established the Global Framework for Climate Services (GFCS) to promote the development of operational climate services at the national and regional levels, especially in developing countries (see a list), where users need access to expert advice and support to help them select and properly apply climate information.

With an initial funding of 87 million euros, the European Union has recently launched the Copernicus Programme. One of the six thematic services provided by this Programme, the Copernicus Climate Change Service (C3S), is implemented by the European Centre for Medium-Range Weather Forecasts (ECMWF) and is expected to become operational in 2018. By following an open data policy, it will provide access to a large number of state-of-the-art multi-model seasonal forecasts. As a result, a new era of climate services is about to come. Get ready for that!

Beyond the state-of-the-art of seasonal forecasts

Besides the lack of accessibility and understanding by end-users [2], the main barriers perceived for seasonal forecasting are linked to the lack of skill for certain regions/seasons. Despite the huge advances achieved in the last decade, current forecasting systems have limited ability at seasonal time-scales [3] [4]. Among others, this is due to their limited spatial resolution (horizontal and vertical), the use of inaccurate numerical schemes (simplified physics) and the incomplete knowledge of the complex processes involved in the climate system.

Apart from developing new models which can run on finer resolutions and better describe the different components of the climate system —especial focus in being put on the stratosphere— and their coupling, some of the approaches that are being investigated to overcome these issues rely on the use of better initial conditions for the land-surface [5], soil-moisture, sea-ice [6] and snow cover [7].

Additionally, even though ENSO is known to be the main driver of skill at seasonal time-scales [8], other processes such as the Madden-Julian Oscillation UK Met Office, GloSea5, has shown promising skill in predicting the NAO due to a considerable increase in resolution [9], although this is a controversial issue [10].

Finally, exploration of methodologies to efficiently combine multi-model ensembles and statistical downscaling techniques which translate the coarse forecasts to more local scales should be continued [4].

Count with us for your next project! Contact us to get more information: